In response to COVID-19, we are maintaining support, while reducing risks to the people who use our services, our staff and the community Learn More

Industry professionals and young people are highlighting the lack of affordable and available mental health treatment options in one of Adelaide’s most socio-economically disadvantaged areas.

At the time Eliza sought help, she was a resident of the northern suburbs. She believes that if her therapy sessions weren’t free, or if she could only attend 20 free sessions, as per the federally subsidised Mental Health Treatment Plan, she would not have been adequately treated for her anorexia nervosa.

“I would never be able to afford that many sessions,” Eliza* tells CityMag.

“It also never had that time, countdown factor to it, which I know would have just completely impaired my ability to engage properly. I probably would have given up a lot sooner. The fact that this is an ongoing service to meet my needs, I’m incredibly grateful for.”

While the program was appealing, the commute was too onerous for the then-20-year-old who lived on the other side of town.

Eliza did eventually find help through emerge, a free professional counselling service for young people aged 16—25 with mental health issues, but she knows other people in her age and income bracket from the northern suburbs are missing out on receiving adequate help.

“What I’ve heard from many of my friends who are seeking the support is that everyone’s booked up and that they’ll maybe have an appointment with a therapist once every two months, and it costs a couple of hundred dollars,” Eliza says.

“It’s the environment. There is just not a lot of that healthcare [service] that you see compared to when you go driving around Norwood or whatever. It just doesn’t seem to exist [here].”

Eliza is not alone in acknowledging the demand for adequate mental health services north of postcode 5000.

To qualify for Sonder’s emerge program, a participant must have one of the following mental health issues: severe anxiety, severe depression, borderline personality disorder, an eating disorder, psychosis, trauma or bipolar disorder. They must also reside in metropolitan Adelaide’s northern or southern suburbs. Josh says 380 people have accessed Sonder services in the last year.

According to the most recently published Australian Bureau of Statistics (ABS) data from 2016, suburbs such as Enfield, Parafield Gardens and Burton recorded the highest levels of social disadvantage.

The ABS defines socio-economic advantage as people’s access to material and social resources and their ability to participate in society. The analysis compared a range of different census variables, such as income, education, employment, occupation and housing characteristics to discern the level of advantage.

“It’s a challenge here that we’ve noted, [where] the services and the funding that we have doesn’t quite match the need that’s out there in the community,” Josh says from within Sonder’s Edinburgh North office. (This suburb doesn’t rank in ABS data, but the surrounding areas are all ‘red’, indicating high disadvantage).

“There’s not really a lot of private practitioners up in the north, which is probably compounding the difficulty compared to, say, eastern suburbs of Adelaide.”

Adelaide’s eastern suburbs, such as Toorak Gardens, Heathpool and Tusmore, all recorded the lowest levels of socio-economic disadvantage in the ABS data.

Jessica Johnson is team leader at emerge and says “one of the biggest challenges” is the lack of free mental health services in the district.

“We’re co-located with headspace in Edinburgh North, so they’re again funded by the Adelaide Primary Health Network, and we are really targeting that mild to moderate mental health concern for young people,” Jessica says.

“We’ve got CAMHS (Child and Adolescent Mental Health Service) over at Elizabeth City Centre… that work with the 0—18 age range.

“And then we’ve got community mental health services for young people with really acute, complex chronic mental health concerns – the 18-plus.

“But apart from that, in terms of psychological therapy, which is what we’re really focussed on here, between headspace and emerge, there’s really not a lot.” 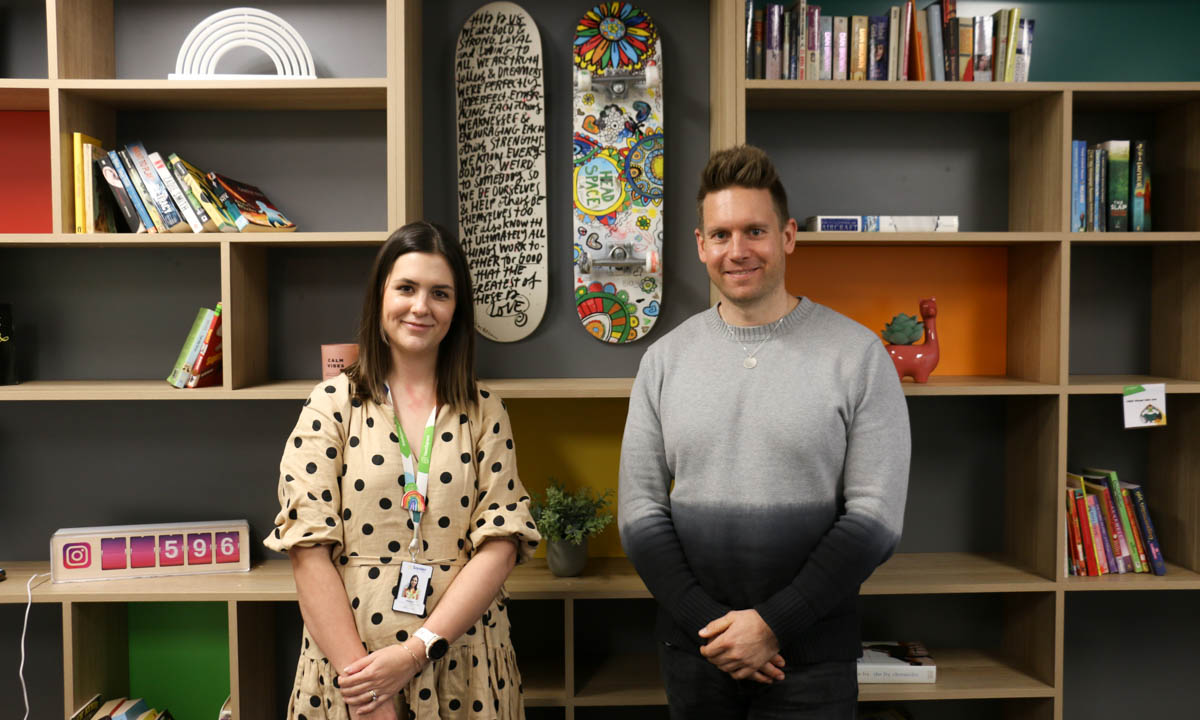 Challenges such as homelessness, domestic violence and not having an ongoing relationship with a general practitioner may stand in the way of a young person accessing support, Jessica says.

Another issue is the lack of continuity between health care providers. Jessica says this has the effect of a young person bouncing between a general practitioner and specialist, or languishing on a waiting list after receiving a referral.

The Multi-Agency Initiative for Youth, spearheaded by Sonder, is a joint partnership aiming to expedite and streamline support for young people accessing mental health treatment.

“I wouldn’t say it’s a solution to mental health,” Jessica says. “I think it’s just enhancing or improving the care for young people.

The project aims to bundle a range of different youth mental health services delivered by Sonder – such as emerge, headspace Edinburgh North and headspace Youth Early Psychosis – to ensure young people don’t have to repeat their stories to different healthcare professionals.

The overall aim is for the participant to receive timely treatment and not fall through the cracks.

Sarah* is another young person living in the northern suburbs who previously accessed Sonder services. She underwent cognitive processing treatment and counselling and says she considers herself “lucky” to have received psychiatric help for her anxiety, depression and anorexia nervosa.

She has heard numerous stories of acquaintances living in the northern suburbs who have not been successful in achieving timely support.

“Friends and stuff, they say that they’ve had to wait the whole three-month time for an appointment, and they haven’t found their clinicians helpful, in terms of not listening to them,” Sarah says.

“There’s only one headspace in Edinburgh, and then the next one… I don’t know where, but it’s further away. If Adelaide itself had more services, I feel like that would make more people available to get help.” 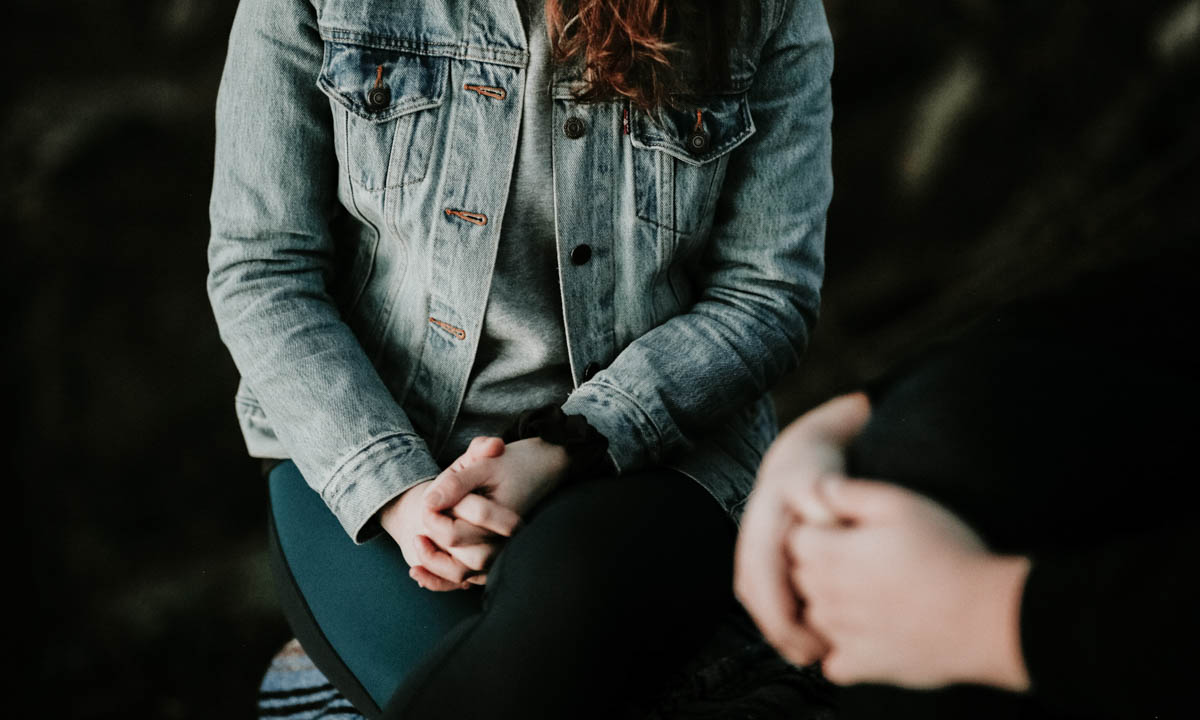 Since the pandemic began in early-2020, Josh and Jessica say they have noticed an upswell of people presenting with eating disorders. Josh describes it as a “huge” issue.

InDaily has recently reported on SA Health data that shows the number of children and young people hospitalised in South Australia for eating disorders jumped 43 per cent in a year.

Josh and Jessica will be giving a panel presentation at the 2022 Mental Health Conference in Sydney, speaking about Sonder’s multi-agency approach. As they said above, it’s not a fix, but it’s an improvement.

Still, there has been national interest in replicating the program.

“There has been interest from other services across the country and how state and federally funded programs work together,” Josh says.

People requiring support can contact Butterfly Foundation Helpline on 1800 33 4673. Or they can chat online or email, or call Lifeline on 13 11 14.

Did you enjoy your recent experience with us?

Let us know by leaving a review on Google.